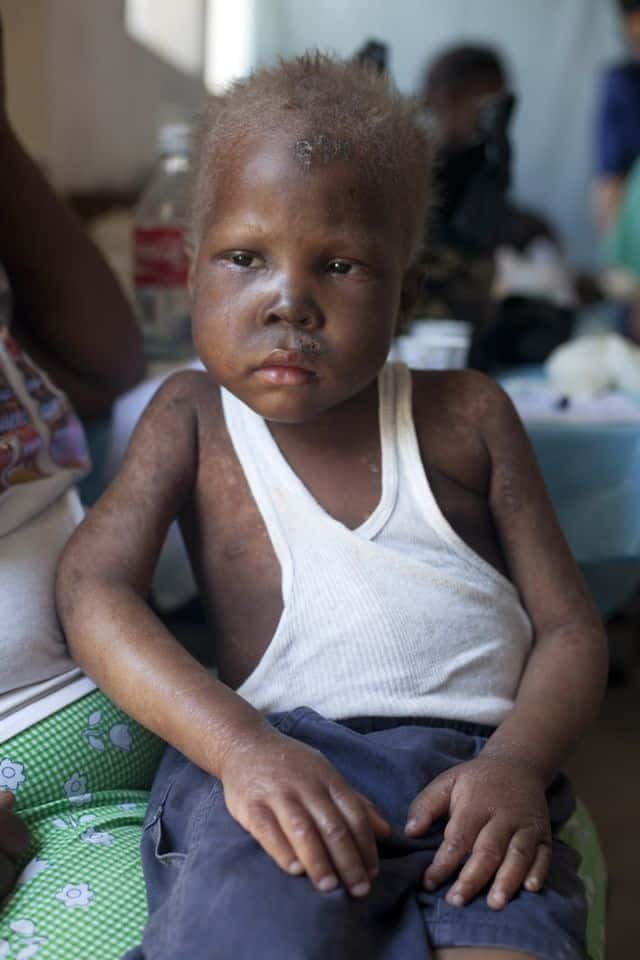 Joseph Robes was 7 years old when he came to NOVA’s clinic in May 2012. His condition was serious. He was extremely ill, malnourished and his mother feared that he was dying.  Pediatric Nurse Practitioner Sarah Wren was primarily responsible for his care, but she included the entire pediatric team of the 2012 mission to help manage his care: Dr. Waseem Hafeez, Dr. Chris Cavagnaro, and Dr. Christine Rizkalla.

He was treated with Vitamin A, Iron, multivitamins and plumpy nut to get his nutrients back up. He was also treated for possible sepsis with ceftriaxone.

The team did the best they could with little Joseph. In the states he would have been admitted to a hospital and would have supervised care until he was in the clear. This option just does not exist for his family in Cavaillon. The hardest part about treating a patient like this is doing the best you can while knowing that in a week we pack up and head back to the states and you can only hope and pray that the parents can continue to help the child back to health.

Joseph returned to our clinic this past January 2013 and the team almost didn’t recognize him! His mother had to explain to us who he was and how we treated him last may. He’s doing great! He almost looks like a totally different child.

His mother says that his only complain now is poor vision which was most likely caused from vitamin A deficiency. Hopefully in the future NOVA will bring down a few opthomologists to treat patients like Joseph and hopefully we can get him corrective lenses.

His is a great success story, but it gets even better. Now that the Boileau clinic is back up and running under NOVA management, Joseph will be followed up by Dr. Nixon to make sure he continues to grow up to be a healthy boy. 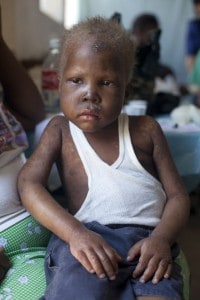 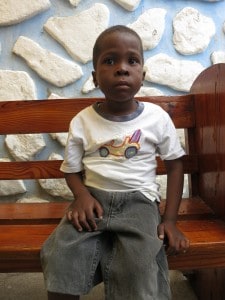 Your ticket for the: NOVA patient: Joseph Robes