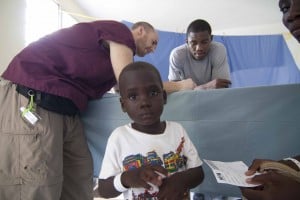 It is not too often that we talk about saving lives at NOVA Hope for Haiti, but it is absolutely true.  It would be disingenuous for us to claim that we have saved hundreds of lives, but it is true to say that at each of our 13 medical missions over the years we have encountered people in life threatening situations who were helped by our doctors and nurses.  And, at each of our missions there has always been at least one patient whose life was saved by NOVA’s presence.

This is the story of one of those people who probably would have died had it not been for the medical help provided by NOVA.  His name is Wilkens Norde`

In 2006 a young woman appeared at the door to the clinic with a child who was crying, weak and feverish.  As with everyone who comes through our doors, a medical card was made for him, his vitals were taken by our nurses and he was seen by a doctor: in this case Dr. Norma Murray who was our only pediatrician on this particular trip.

Wilkens was diagnosed with bacterial meningitis which would have claimed his life had he not had immediate medical care, including IV antiobiotics.  This kind of care would only be available at the General Hospital in Les Cayes, a city about an hour from Cavaillon.  Unfortunately there is no guarantee that this poor, stretched provincial hospital would have the medicine this child needed, and even if they did, the cost of the medicine, the travel and the supplies would have been out of reach of such a poor family.  Wilkens was dying.  His mother had already lost his older brother to an unknown illness a few years before.

But Wilkens hit the lottery.   He was sick just as NOVA was in town for our bi-annual medical mission.  He was sick, and Dr. Norma was on hand to diagnose and treat him.  He needed medicine and we had the IV antibiotics in our well stocked pharmacy which is one of the reasons why our missions are so successful.

The child was so dehydrated and small that the doctor and nurses could not find his veins in our dim clinic which had no electricity.  They had to bring his exam table out in to the sunlight to be able to give him his IV.  Because our medical clinics are temporary, we do not have the capacity to keep people over night.  So each day Wilkens and his mom had to go home and return the next day for more treatment.  It was a tense couple of days.  Wilkens had to be brought to us each of the 7 days our clinic was open.  But by the last day he was well on the road to complete recover.

Wilkens has come to NOVA’s clinic for a check up  each time NOVA sends a medical mission.  He is one of our happiest success stories and we are very proud of him.  But had our mission been delayed even by a few weeks, Wilkens might not be here today.  That is why NOVA is working hard to raise money to build and run a full time pediatric clinic, so that when the next child in town gets sick, he or she doesn’t have to be lucky enough to be sick when we are in town.  We will be in town 12 months out of the year.

Below is a video of when Wilkens came to our clinic with Meningitis in 2006 and a few photos of him through the years. 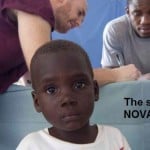 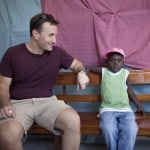 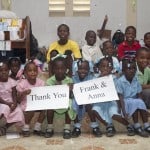 Some of the childen in Cavaillon expressing their thanks to two of NOVA’s financial supporters. Wilkens has his hand up in the back row. 2012 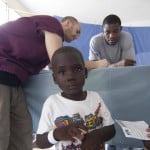 Wilkens after his visit with NOVA pediatrician Christopher Cavagnaro in 2010 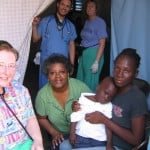 Wilkens and his mom visiting the clinic in 2008 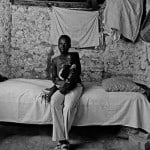 Wilkens and his mom in their one room home in 2006. Like almost everyone in the community, they have no running water, no indoor toilet, and no electricity. 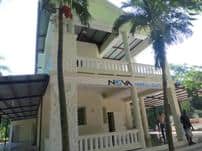 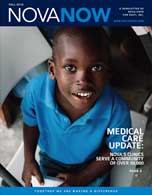